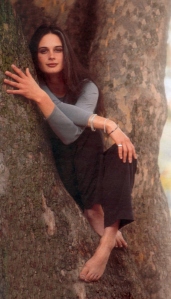 It only seemed appropriate to follow up Oprah’s Lifeclass by going to hear Julia Butterfly Hill speak about Turning Inspiration Into Action.  This is someone who not only talks the talk, but truly walks the walk, or rather, climbs the tree.  What, you haven’t heard of her?  Yes, you have – you simply forgot her name.  This is the chick who clambered 180 feet up into the branches of a 1000 year-old redwood tree in northern California, and refused to come down for like two years, until they reached a settlement to protect ‘Luna’ (that’s the name of the tree) forever.  Don’t worry if you still don’t remember…  It was the late nineties, and her best-selling book. The Legacy of Luna, is being made into a dramatic feature film to help refresh your grey matter, so it’s all good!

Now, Julia wasn’t always an activist – quite the contrary, in fact.  She rebelled against her preacher father and meagre upbringing by attending business school and becoming a successful restaurateur and consultant, using a lot of what she calls ‘unhealthy coping mechanisms’ in the process. 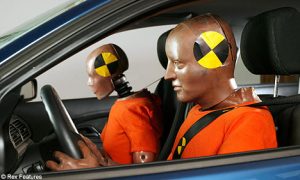 It wasn’t until after she recuperated from a traumatic car accident, where a steering wheel was literally lodged into her skull, that Julia put her feelings into actions, and climbed up that tree on December 10th, 1997, becoming a writer and a poet along the way (turns out she had a little time on her hands to reflect, up there in those treetops).  Here is an excerpt from a documentary made about her at the time: 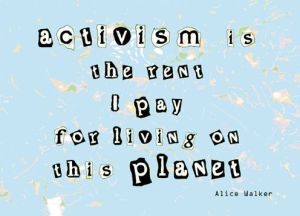 A self-proclaimed introvert, Julia has followed in her father’s footsteps of public speaking engagements rather reluctantly, but was positively luminous on stage when philosophizing about helping people to live their lives on purpose.  She was most eloquent when poking fun at herself, always remaining conscious of whenever she had a ‘granolier than thou‘ moment, recognizing that the way to get through to people is not by being right, but by being human.  Like when some loggers decided to try and shoot at her up in the tree while on a deer hunting expedition.  She used humour and humanity to reach them.  She even managed to get them to bring her fresh organic produce a couple of weeks later (naturally, she’s vegan).  True story!

The audience was virtually flooded with poignant messages throughout the evening, which was smartly broken up into two segments, to help us take it all in. 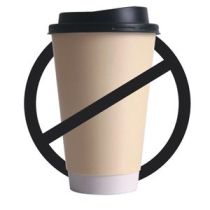 During the first part, Julia regaled us with witty stories and messages to help us on our individual journeys, casually reminding us that with every single paper coffee cup or napkin we use, if you listen carefully enough, you can hear the forest cry.  But don’t apologize to her, apologize to the trees.  What has led us to this critical point is what she referred to as the ‘disease of disconnect’.  Where’s the love, people?  We need to be mindful that every single time we make a choice, no matter how small, we change the world, as it is scientifically impossible not to make a difference with every action.  Oh, man, I feel like she is taking away my beloved short-term memory get-out-of-jail-free card.  I mean, if what I do matters…. Crap, we’re all screwed!

But don’t despair.  Deep breaths…  Your choices going forward also have an impact, and the idea is to make better ones.  Nobody’s perfect, but each day, in many small ways, you can make it a little more right, like by carrying your own refillable water bottle, mug, or handkerchief.  The mantra that resonated the most with Julia, as she read about Gandhi and his non-violent movement sitting up high in the tree, not washing the soles of her feet to use the sap to keep a better grip in her daily climbs, was this:  To live so fully and presently in love so that there is no room for anything else to exist.  In a word, wow.  Even my cynicism is humbled. 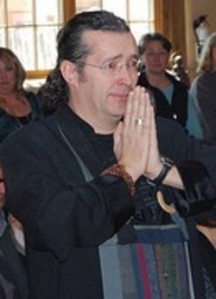 During the second portion of the evening, Julia was joined on stage by Buddhist Chaplain and psychotherapist Andrew Blake, who also had some important teachings for us.  He started off with the three basic offences in Buddhism:

Andrew then reminded us that the world (okay, mainly its corporations, and organized systems) is co-opting two of our most valuable resources from us as individuals:  our time, and our attention.  We need to wake up and start listening with our full bodies, especially our hearts, and follow our intuition.  Awareness is about using all 3 of our brains.  Assuming our head is the first and our heart is the second, I didn’t quite catch where the third one was, but I’m pretty sure he meant our gut.  He then also gave us a mnemonic for GRACE, which is a way of opening our merciful side:  Ground, Resource, Attune, Comprehend, and Embrace.  Phew!  It’s a lot to take in.

The main event was nicely complemented with the original musical stylings of Chris Assad and Brian MacMillan before the start, and during the interlude.  Theodore Tsaousidis, from Snow Lion, warmly hosted the entire event. 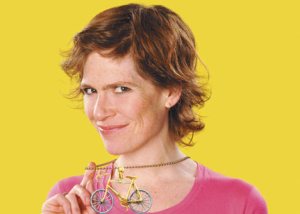 One of the biggest highlights of the night, at least for me, were the two poetry readings by Evalyn Parry.  I instantly felt transported to a speakeasy in New York, with her raw messages about being strong, standing up for all the other people, and the perils of bottled water, being conveyed brilliantly with a mixture of humour and music.  This girl is seriously talented, and we are lucky to have her.  It was a delightful surprise.

At less than 5% of the price of the ticket for Oprah’s Lifeclass show yesterday, I felt that the evening delivered tremendous value.  Julia truly is an inspiration and a trailblazer, and, as she put it, an ancestor of the future, just like the first women who wore pants.  It was an honour to have even been allowed in the same room with her.

With that, I leave you with some of the best quotes from the evening.  Hopefully, they will help you to find your path, or at least, brighten your day in some small way: