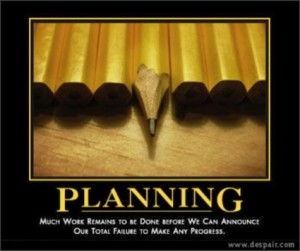 As a former project manager, you would think that I would have this entire year planned out, in terms of what I will be doing each week, if not every single day.  And you would be mistaken.  Of course, there is a spreadsheet ‘bank’ with around 300 or so ideas in it, all nicely colour-coded (I’ve said it before, and I’ll say it again – Excel rules the world!); however, those ideas were merely collected to give me some reassurance that there would be enough new things to draw from during the course of the year that I hadn’t already tried in my years of stupidity, aka early twenties.  I mean, I do try to line things up a week or two in advance, and in a few cases, even months ahead, but there always seem to be a few days where I end up winging it.

Like today, for example.  It was already 3 pm, and I hadn’t a clue what my new thing would entail.  I had managed to get my butt to the really freaking early yoga class, got caught up on email and Facebook, and finally started tackling my finances (it is tax season, in case you had forgotten, or merely believe that procrastination can be a successful lifestyle choice, which I’ll get around to proving, sometime soon-ish).  Being self-employed, I realized I hadn’t paid myself since December, let alone completed my Q1 expenses, HST tax return, updated my Quicken, nor filed my T4 slip (luckily, I’m the only employee in my company, so no one has complained.  Yet.)  Deep breaths.  My accountant is no doubt calmly waiting for my frenetic call any day now… as per our usual April ritual.  I think he secretly enjoys it.  Who am I to disappoint? 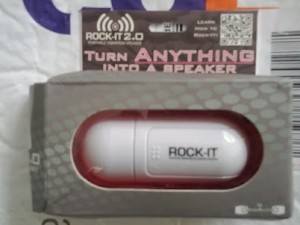 So I am delighted to announce that, once again, my passion for vouchers has saved the day!  How I do love my Daily Deal Tips.  FedEx delivered a package shortly before 4 pm that contained the Rock-it 2.0, which allows you to turn anything into a speaker!  Oh, the hours of entertainment this will bring.  It’s just too bad that the deal wasn’t offered in time for April Fools’ Day, as I would have loved to have seen the expression on people’s faces when incredibly loud music suddenly boomed from the post right behind them on the subway… and then just as mysteriously, disappeared.  Muwhahaha! 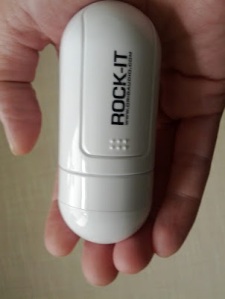 My real motivation behind the purchase was its portability, as it’s fairly compact and lightweight, which I think will be nice for sharing tunes while sitting outside over a bottle of wine with my fellow travellers later this summer.  This, of course, is the image I have in mind.  No doubt reality will tell an entirely different story, but hey, that’s one of the great joys in life, unraveling the little surprises it has in store for you.

So, as soon as I got the gizmo out of its package, I naturally completely disregarded the instructions and spare parts, plugged it into my phone, launched Tune-in Radio, the best app ever, and… nothing happened.  Hmm.  Apparently, it needed a couple of batteries.  Right.  Okay, found some in the junk drawer in the kitchen, popped them in, connected it to the phone, and… success!! 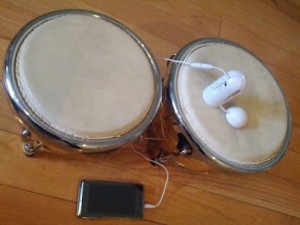 I then promptly made an arse of myself, running around the house and sticking it to everything I could think of.  Oddly enough, the box it came in was one of the best sound conductors, but by far the winner was my set of bongo drums.  Oh man, the sound completely exploded!!  By the way, in case you were wondering, people do not make the best speakers, although the vibrations running through you are reminiscent of the biggest, baddest concert you ever rocked…  No doubt there’s some warning against that in the instruction pamphlet.

Speaking of the user’s manual, I thought I might peruse it in case I had missed something.  Apparently, there is a little protective film over the vibration head that I was supposed to remove.  That might explain why it kept jiggling around and falling off the various objects I tried to attach it to.  Right.  As well, hollow objects work best, which would explain the bongo success.  Surprisingly, an empty wine bottle (like there is any other kind in my house) is not the best, but boxed wine works wonders (okay, this last point was not in the pamphlet.  Call it a bonus.)

As a side note, my apologies to my friends at Bose who make a living out of producing proper, kick-ass speakers with phenomenal sound, to which the Rock-it does not hold a candle; however, for a speaker in a pinch that’s also a pretty cool conversation piece, I must say, I’m inordinately pleased.  We will, we will rock-it!  Oh yes, indeed-y we will.

Join me in trying a new thing every day at https://itsallnewtome.com/
View all posts by LaLa →
This entry was posted in Home and Personal and tagged April, Daily Deal Tips, deal, Home, OrigAudio Canada, Personal, Rock-it 2.0, speaker, Tune-in Radio, turn anything into a speaker, voucher. Bookmark the permalink.